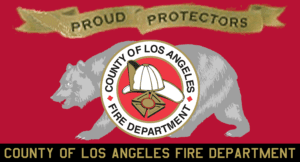 Seventy five years ago, the Los Angeles basin was nearly treeless. Streets were laid out in a gridlike pattern but many of them were unpaved. Whole blocks had only two or three houses built on them, separated by acres of vacant land. Throughout the county, small unincorporated communities had formed. Places with names like Clearwater, Hynes, Moneta Gardens, Florence-Graham-Miramonte, Lomita, Belvedere, and Baldwin Park. 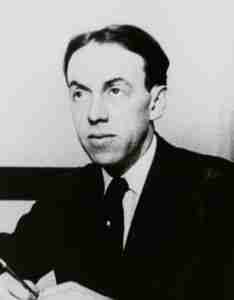 Then, as now, the Los Angeles basin was ringed by hills and mountains covered with flammable vegetation. Then, as now, that vegetation was prone to wildfires during hot, dry, windy weather. To deal with those problems, a man named Stuart Flintham was hired as County Forester. In 1920, the Board of Supervisors gave him an additional job, that of County Fire Warden. He became the first County Forester and Fire Warden.

Chief Flintham could have taken it easy in his new position, but he was a man with a vision and the determination to fulfill it. He recognized the need for a regional system of fire prevention and fire suppression in the unincorporated communities. But there were legal, financial, political and bureaucratic obstacles that had to be conquered. He wanted to assist communities in forming fire protection districts with taxing authority, but he had to soothe the egos of a dozen volunteer fire chiefs, and earn the trust of hundreds of community leaders. Also, existing State laws needed to be changed.

Chief Flintham worked hard laying the foundation of what would become the Los Angeles County Fire Department. He also worked hard for the passage of the needed legislation, and it finally became law on August 16, 1923. Four days later, petitions were received from 28 communities in LA County wanting to form fire districts. Within a few months, the process was complete and during 1924 twenty eight new pumpers were delivered to the new fire districts (for an average price of $10,000).

That was how it all started, 75 years ago. It would not have happened without the vision, the commitment, and the enormous skills of management and persuasion that Stuart Flintham brought to his job. Unfortunately, he died in 1926 before he could see what his efforts had created. He was replaced by Spence D. Turner.

In modern times, our fire department has always been on the cutting edge. Under Chief Klinger, we pioneered the use of helicopters for firefighting, and we were the first fire department in the world to place a resuscitator on every pumper, ladder truck and rescue vehicle.

The Department created and successfully implemented a system for meeting the fire protection needs of incorporated cities, often referred to as the “Lakewood Plan.” We pioneered many fire prevention and public fire education programs. We were among the first to train firefighters as paramedics. What many don’t realize is that the history of innovation and progress dates back to the department’s earliest days.

For example, in 1926, one of Chief Turner’s first acts was to create a Fire Captain’s College. That was a bold move for the time, when Captains had the image of iron-fisted dictators. Also, in 1926, inhalators were placed on rescue vehicles in four districts. That was the earliest recorded use of inhalators by a fire department in the U.S. At the same time, Chief Turner implemented a building program to construct fire stations in strategic locations without the use of bonded indebtedness. Station 7 in West Hollywood was one of those stations.

The growth of the LA County Fire Department has mirrored the growth and change of the communities we serve. The Great Depression and World War II kept the department pretty much on hold for nearly two decades. Still, an organizational culture began to form around some basic values.

The oldest group of current retirees have vivid memories of the department when we joined it in the forties, fifties and sixties. The culture of the organization already was strong and getting stronger. This was a big family with a sense of its collective history. The organization valued its people, and those people took very seriously their obligation to the citizens we served. Few of us had ever before worked in such an environment.

From our first days as recruit firefighters, we knew we were part of a very special organization. The people we worked with were proud to be LA County firefighters, and they expected us to be proud too -and grateful for the opportunity to join the organization. You could hear guys complain about things (after all, it’s a fire department). But those same guys often could be heard saying, “This is a great job.”

Most of us had been construction workers, truck drivers, farm kids, or in the military before we joined the fire department. Still, there were quite a few who came to us with college degrees. In fact, 35 years ago the average LA County firefighter had 64 college units.

No matter what we’d done before, those of us who were hired after 1965 were required to complete a rigorous recruit training program at “the tower” on Eastern Avenue. Those who succeeded got a badge and a station assignment. Those who didn’t succeed were dismissed – no excuses, no lawyers, no appeals. Our training captains had the ultimate power but they used it wisely.

None of us could ever forget that day when the Fire Chief handed us our badge. Not a dinky little thing but a big shiny “bear badge” (with the powerful California bear gracing the top of it). Standing on the grinder at the training center, wearing our dark blue dress uniform for the first time, with our families watching the ceremony, we finally could permit ourselves to think: “I’m an LA County firefighter!”

Most who made it through probation went on to long, enjoyable careers. In the process, there were many times when we were challenged by emergencies that most people could never imagine. Routinely, we made decisions and took actions that made enormous differences in the lives of total strangers, citizens who depend on and trust their fire department. At the end of our careers, we were secure in the knowledge that we had spent those years in a great organization that does vital work for people in their times of greatest need.

Along the way, we made many friends among our colleagues, and we’ve maintained those friendships in retirement. Unfortunately, many of those who proudly wore the badge paid the price of injury or poor health as a result of the dangers of the job. A few paid the ultimate price and gave their lives in the line of duty. 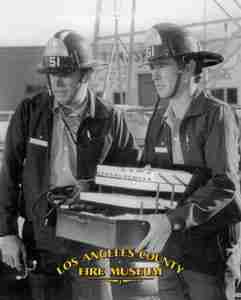 In the 1970s, our department had an opportunity to collaborate with entertainment television through production of the series, “Emergency!” The series focused on the lives and adventures of two mythical LA County firefighter/paramedics, “Johnny Gage” and “Roy DeSoto,” portrayed by two masters of their craft, Randolph Mantooth and Kevin Tighe. Under the brilliant but firm leadership of the late Bob Cinader (and with a little help from some pretty good writers and technical advisors), Randy, Kevin and the other members of the cast captured every subtlety and nuance of the culture of this great organization. In the process, they captured the imagination of a generation of young people who, much to the amazement of their parents, announced that they wanted to be paramedics when they grew up.

But the “Emergency!” TV series was much more. Unwittingly, it became one of our country’s most successful public health education campaigns. When the World Premiere of “Emergency!” first broadcast in January 1972, there were only 12 paramedic rescue or ambulance units in the whole U.S. By the time the series finished first-run production, there was a paramedic unit within 10 minutes of more than half of all men, women and children in this country. That simply would not have happened without the example set by the LA County Fire Department and the impact of “Emergency!” What’s more, the series is still popular in syndication nearly 28 years after it debuted.

Over 75 years, there have been eight men who have served as the chief executive. Surely, Chief Freeman has had the most challenging tenure of all. Under his leadership the department has experienced major growth with limited resources while carrying on the tradition of constant innovation. Probably the most significant change in the LA County Fire Department in recent years has been diversification of its human resources. The department is now a rich blend of people who largely reflect the changing demographics of the greater Los Angeles community. The LA County Fire Department has emerged from the challenge of diversity a stronger organization. The culture of caring for each other and the community is alive and well at the LA County Fire Department.

I’ve had an opportunity to work closely with some of today’s generation of LA County firefighters. I’m proud to report that four decades after I first could say, “I’m an LA County Firefighter,” the young men and women of today’s department pin on that badge and wear it with the same sense of pride and responsibility that we did a generation ago. It’s a proud heritage that we celebrate here tonight, and it’s in good hands. I look forward to being with you for the 100th anniversary.