On May 8th 1911 the Los Angeles County Board of Forestry was established to address the conservation and protection of natural resources in Los Angeles County. The first acts to be undertaken by the Board of Forestry was the planting and removal of trees within the county; the first removal application was submitted only one month after its creation.

Forestry has morphed and changed these past 100 years filling a variety of roles demanded for by the times or called for by the Department. From growing experimental vines during World War II for camouflage of US military installments to enforcing brush clearance (and the cutting of vines) regulations throughout the County today; from patrolling the mountain regions of the county on horseback and motorcycle to using Priuses to cover our territory today.

Some things though, have remained consistent for nearly a century. Such as growing trees at Henninger Flats for use by the public. Erosion control mitigation measures from the first roadside plantings in the rapidly growing County to the hydro seeding after large fires in the fifties to many foresters now working on BAER (Burned Area Emergency Rehabilitation teams) after large incidents today. 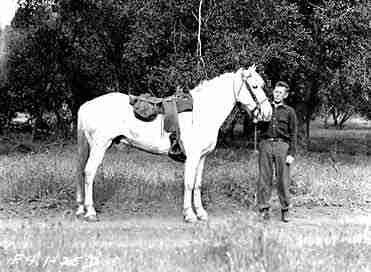 In 1908, the records indicate that the Board of Supervisors spent $710 to extinguish 21 fires.  By 1912 the Forestry Department’s budget had grown to $1.5 million.  Under the direction of County Forester Stuart J. Flintham, foresters went about planting trees along major avenues and roadways around the basin.

Under the direction of Spence Turner, Norman C. Johnson was promoted to the title of Assistant Chief Engineer and was placed in charge of all fire district operations and delegated the task of coordinating the formulation of fire district protection.